July 2010, ADACOM, gold partner of the IDC IT Security Roadshow, participated in the event that took place in Belgrade, Serbia on 10th July, 2010.
IDC’s IT Security Roadshow 2010, a flagship regional event, visits 25 major business centers in Central and Eastern Europe, Middle East and Africa. Subtitled “Battling Sophisticated Threats: Security Strategies For The Resilient Enterprise,” this year’s IDC IT Security Roadshow takes a holistic approach to IT security, helping to see that IT security and data storage investments remain critical for any organization, even in a time of economic recession, as they directly affect the bottom line. 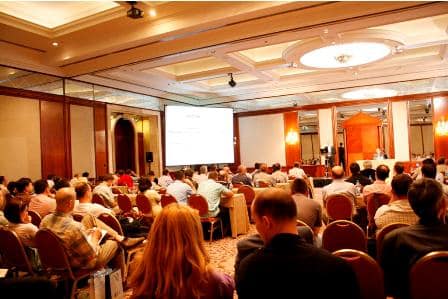 During the conference it was presented that the emergence of thousands of pieces of malware, tens of thousands of malicious websites, and hundreds of thousands of new zombie computers has become a daily reality. The main topics of discussions focused on how these threats can be translated into money and potential loss of revenue and customers, illustrating the business implications of what has often seemed to be a purely IT domain.
ADACOM and VeriSign delivered two presentations which gained the interest of the attendants, and triggered numerous discussions during the conference. Dr. Dimitrios Patsos, Enterprise Services Manager in ADACOM S.A, with his presentation entitled “Pentesting 2.0: What You Do (Not) See Is What (We) Get” focused on latest attacks, trends and assurance (testing) services. During the presentation, Dr. Patsos presented the evolution of penetration testing and hacking techniques, highlighting the methods, the techniques and the motives that characterized each period. During his presentation, Dr. Patsos maintained a focus on web application security issues and presented a series of next-generation attacks along with a methodological approach for mitigating risks using penetration testing. 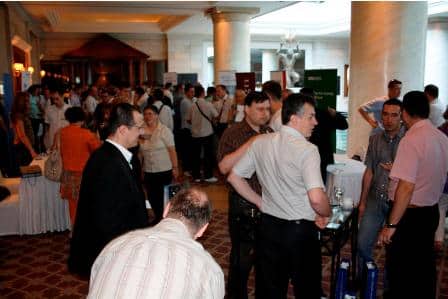 The Director of Business Development at VeriSign, Mr. Phil D’Angio presented the topic “National PKI – the Foundation of Trust for E-Government” and introduced the unique challenges that today’s government authorities are addressing, ranging from credential provisioning and authentication of citizens and foreign nationals, to securing the organizations they daily interact and perform transactions. During his presentation Mr. D’ Angio presented the emerging development of Public Key Infrastructure as the trust-enabling platform for governments implementing National ID, E-Government, and ePassport programs. He also reviewed successful National PKI projects through a wide variety of different deployment models, focusing on the Hellenic e-Government portal HERMES as a reference model of successful National PKI deployments.
Menu